So, What Is Environmental DNA Anyway?

One of the goals of this cruise, especially for the Deep-sea Coral Research and Technology Program’s West Coast Research Initiative, is to continue to characterize the biodiversity of deep-sea corals and sponges in various habitats along the West Coast. One new tool we are using to help characterize these communities (and fish, too!) is environmental DNA (eDNA) sequencing. eDNA sequencing is a technique that allows us to sequence cells filtered directly out of water collected on the seafloor. These cells are shed by all the organisms living in the area and can range from sloughed dermal cells and mucus to waste cells.

To collect the water, the remotely operated vehicle (ROV) triggers a Niskin bottle, a water sampling tool that can be triggered to close and seal at desired location, near our community of interest. We may also collect a water sample using the CTD rosette. We filter the water aboard the ship and preserve the filter, and then extract DNA off this filter and sequence it back in our lab using markers specific to octocorals, fish, and sponges. These sequences are compared to reference libraries of known species that we continuously maintain, allowing us to identify the species present in the area the sample was taken.

Using this tool, a wide array of species present in the area can be identified, often with more precision than with visual surveys alone, as many corals and sponges can be difficult to identify visually. In dense and diverse communities, it would be impossible to sample each animal, and eDNA sampling means we can sample the overall biodiversity in a less invasive manner. Additionally, eDNA can detect unobserved species that are nonetheless present but either remain hidden from the ROV or are nearby, but not exactly along the survey camera line.

Over the course of two seasons of the EXpanding Pacific Research and Exploration of Submerged Systems (EXPRESS) campaign, in 2018 and during this cruise, we have been collecting eDNA at multiple sites along the West Coast of the United States. Initial results from water samples collected in 2018 contained multiple species of rockfish and corals, including species difficult to distinguish from photographs alone, and we have been able to detect these species both in water samples collected via ROV and the CTD rosette. We look forward to new data from this cruise to help get a picture of the deep-sea biodiversity along the West Coast.

In the images above of octocoral and rockfish species detected in an eDNA sample collected at Mendocino Ridge in 2018, the circled coral is Heteropolypus ritteri and was detected in the water sample. The white corals in the area are Stylaster parageus, which is a hydrocoral rather than an octocoral, a group we will be developing markers for. The eDNA sample was obtained via the CTD rosette near the site this photo was taken from the ROV. 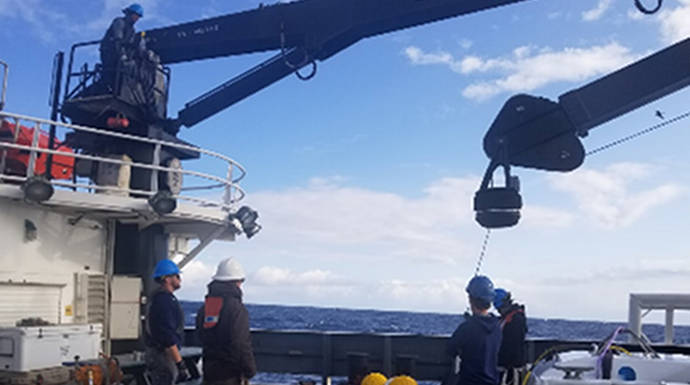 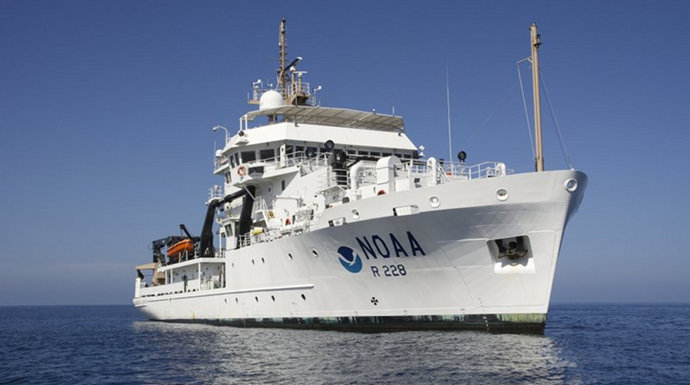 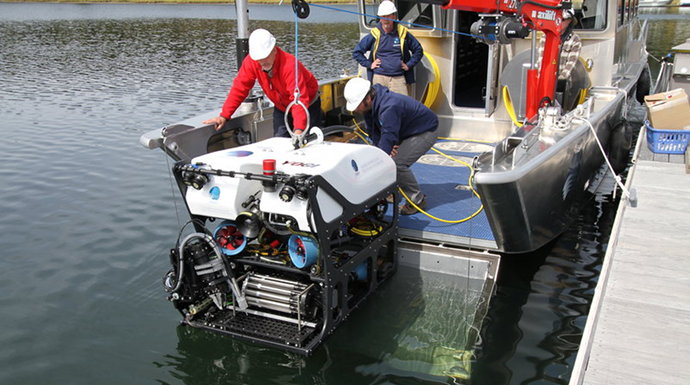