Mapping the Gaps in Our Ocean Knowledge with Seabed 2030 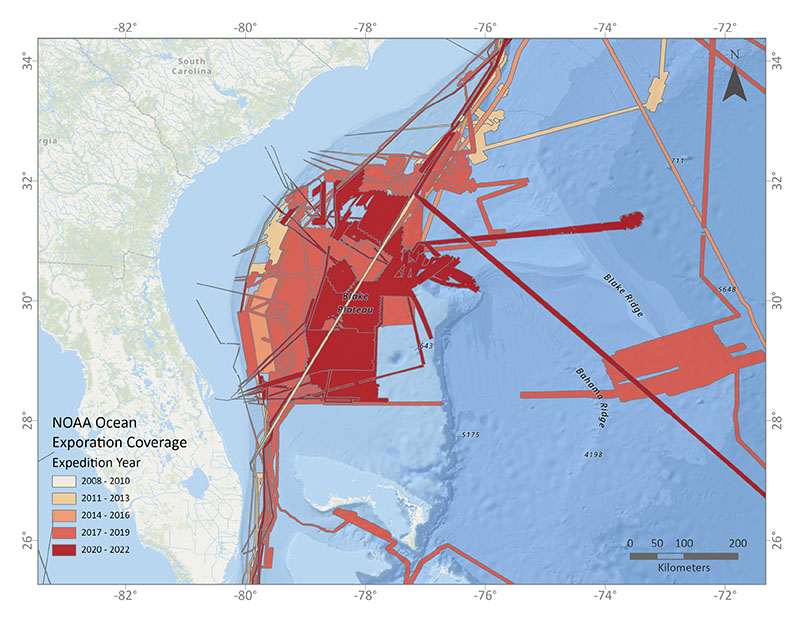 We know less about the ocean floor than we do about the surface of the Moon and Mars. But by the end of the decade, we may know the general outline of our undersea contours and crevasses, thanks to an international partnership called Seabed 2030 . The mapping initiative – formally known as The Nippon Foundation-General Bathymetric Chart of the Oceans (GEBCO) Seabed 2030 Project – launched in 2017 to “produce the definitive map of the world ocean floor by 2030.”

This week, NOAA Administrator Rick Spinrad signed a memorandum of understanding at the United Nations Oceans Conference (UNOC) that outlines U.S. participation in Seabed 2030. The MOU also describes best practices and protocols for this type of data collection and is expected to build positive collaboration between all involved countries and partners.

Seabed data are foundational for determining how the ocean works. Beyond navigation, the shape of the ocean floor plays a big role in the movement of ocean debris and pollution on its surfaces and currents. Knowledge about the depths can provide insights into sustainable fisheries management. Ocean acidification is also directly linked to depth; some areas may experience more chemical change and be less able to sustain healthy ecosystems than others.

As of this summer, 23.4 percent of the ocean is mapped, reflecting an increase of almost 3.9 million square miles (10.1 million square kilometers) of new bathymetric data from last year.

In many locations, seabed mapping is done close to shore to enhance national security or protect a particular country’s economic interests. NOAA's mission – to understand and predict our changing environment, from the deep sea to outer space, and to manage and conserve U.S. coastal and marine resources – has made participation a natural fit. As a part of the U.S. Department of Commerce, NOAA holds key leadership roles in shaping international ocean, fisheries, climate, space and weather policies.

All data gathered will ultimately reside in an archive hosted by NOAA’s National Environmental Satellite, Data, and Information Service’s National Centers for Environmental Information (Boulder, Colorado), at the International Hydrographic Organization Data Center for Digital Bathymetry and will be available to anyone who is interested. Data can be contributed by anyone willing to follow protocol, including private companies.

For years, NOAA has been leading efforts to complete seafloor mapping in U.S. waters, and NOAA Ocean Exploration has been leading these efforts in deep waters (below 200 meters, 656 feet). These efforts include conducting deepwater mapping operations aboard NOAA Ship Okeanos Explorer following exploration principles that include continuously collecting data at the highest achievable quality in a way that maximizes data coverage and ensuring that collected data, necessary metadata, and additional products are publicly available; supporting mapping operations and technology development through the NOAA Ocean Exploration Cooperative Institute, a competitive grant program, and other funding mechanisms; and establishing public-private partnerships to test new tools and methods to increase the scope and efficiency of deepwater mapping. Mapping data collected by NOAA Ocean Exploration directly supports Seabed 2030 , as well the National Strategy for Mapping, Exploring, and Characterizing the United States Exclusive Economic Zone (pdf).