The EM302 multibeam sonar is capable of achieving large swath widths, of up to five times the water depth, which allows the Okeanos Explorer to map entire landscapes at one time. For instance, as seen in this image, by surveying parallel tracklines over an area, the ship was able to map two adjacent ridges and the pancake-like valley between them. The black lines indicate bathymetric contours 1,000m apart. The ridge on the right rises to 350 meters below the sea surface, making it 3,350 meters, or 2 miles, high. Image courtesy of the NOAA Office of Ocean Exploration and Research, INDEX-SATAL 2010. Download image (jpg, 19 KB).

The EM302 multibeam sonar system onboard NOAA Ship Okeanos Explorer is one of the most state-of-the-art systems of its kind available in the world today. Manufactured by Kongsberg in Horten, Norway, the EM302 is capable of detecting features on the seafloor at relative sizes much smaller than have historically been detectable by similar sonars. For example, in 1,600 meters of water, Okeanos Explorer’s sonar can detect with sound, or “see”, an object that is 28 meters in length or width. To put this in perspective, it can detect a nine-story building that is one mile away. Another way to imagine this is that with its sonar, the Okeanos Explorer could detect a person who is 5.5 feet tall standing at the opposite end of a 100-yard football field. The idea of detecting these things at these distances is very similar, except we are “looking” down through the volume of the ocean with sound, instead of across the surface of the Earth with our eyes.

The EM302 gives us a high-resolution “birds eye” view of large areas. What we see underwater is similar to what we see around us every day. In this image, a panorama of mountains and volcanoes sits majestically near a massive river delta surrounded by a soft sand beach. Since what we see here is actually underwater, there are of course no rivers, river deltas, or mountains and sand bars, but seeing these features makes you wonder how an area like this was formed. Image courtesy of the NOAA Office of Ocean Exploration and Research, INDEX-SATAL 2010. Download larger version (jpg, 621 KB).

An isolated ridge rimmed by a deeper channel is shown in this bathymetric image. How did this unique geologic feature form? Did the area beneath the ridge sink from the weight of the feature? Or was the channel formed by underwater currents gouging out the softer sediment around the ridge? Further geophysical exploration is necessary to understand such mysteries. Image courtesy of the NOAA Office of Ocean Exploration and Research, INDEX-SATAL 2010. Download larger version (jpg, 436 KB). 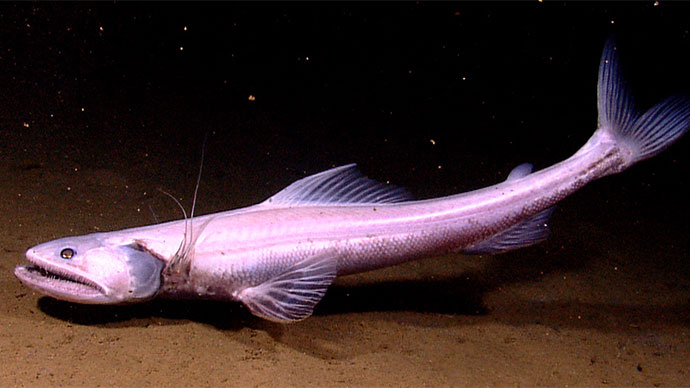 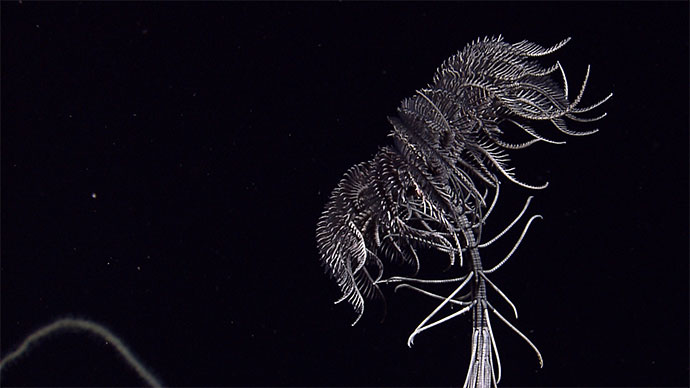 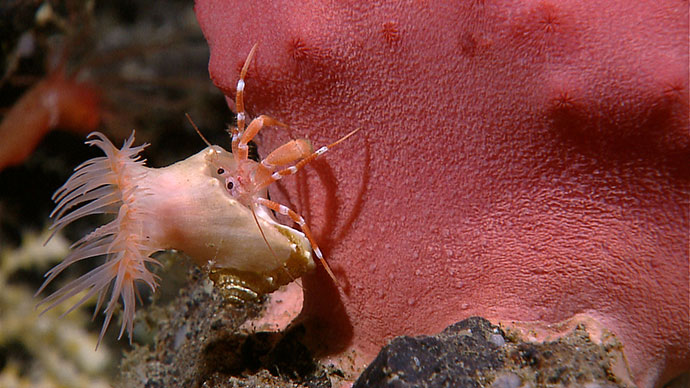