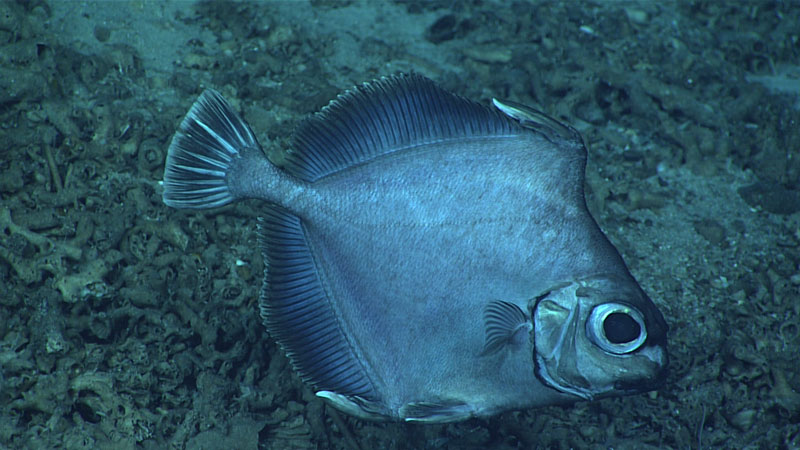 This False Boarfish (Neocyttus helgaethe) was seen at a depth of 824 meters (2,703 feet) during Dive 01 of the second Voyage to the Ridge 2022 expedition. These fish are part of a group of deep-sea fishes that belong to the family Oreostomatidae, commonly referred to as the “oreos.” These fish are common in the North Atlantic and were also frequently observed during the 2021 North Atlantic Stepping Stones: New England and Corner Rise Seamounts. They are known to be “nippers and croppers” of small invertebrates and tend to maneuver and hover close to steep rock faces.