From June 20 through July 12, NOAA and partners will conduct the second leg of the Windows to the Deep 2019 expedition, a telepresence-enabled ocean exploration expedition on NOAA Ship Okeanos Explorer to collect critical baseline information about unknown and poorly understood deepwater areas off the southeastern U.S. coast. During this expedition, our at-sea and shore-based science teams will work together to map the seafloor and observe many targeted sites for the first time.

The first leg of this expedition, which will take place from May 30 to June 14, involves the collection of seafloor and water column mapping data to further improve fundamental understanding in this region and to facilitate remotely operated vehicle (ROV) dive planning. ROV dives are planned from June 21 to July 11 during the expedition’s second leg, at depths ranging from 250 to 4,000 meters (820 to 13,124 feet).

Mapping and ROV operations during Leg 2 include, but are not limited to, unexplored areas of the Blake Plateau, Blake Ridge, Blake Escarpment, submarine canyons offshore of North Carolina, submerged cultural heritage sites, areas predicted to be suitable habitat for deep-sea corals and sponges, inter-canyon areas, and gas seeps. The ROV dives will enable scientists and managers to build a better understanding of the diversity and distribution of deepwater habitats in this region, allowing for informed resource management decisions.

The area offshore the southeastern United States is known to be an area with many shipwrecks due to the World War II Battle of the Atlantic and ships lost at sea along the high traffic trade routes along the U.S. East Coast off of Cape Hatteras, North Carolina. Many of the vessels lost in this area have only roughly reported sinking locations, and their final resting locations remain unknown. Leg 2 of the Windows the the Deep 2019 expedition will include the collection of mapping data to search for potential archaeology sites as well as investigation via ROV exploration of any targets identified. Image courtesy of the NOAA Office of Ocean Exploration and Research. Download image (jpg, 2.1 MB).

This is the sixth NOAA Ship Okeanos Explorer expedition that will contribute to NOAA’s Atlantic Seafloor Partnership for Integrated Research and Exploration (ASPIRE), a major multi-year, multi-national collaborative field program focused on raising collective knowledge and understanding of the North Atlantic Ocean.

This expedition builds on the 2003 Windows to the Deep expedition, the Windows to the Deep 2018 expedition and the DEEP SEARCH (DEEP Sea Exploration to Advance Research on Coral/Canyon/Cold seep Habitats) expeditions, which have laid much of the groundwork for what we now know about environments along the edge of the southeastern U.S. continental margin. The last year of exploration in this region has led exciting discoveries – like rarely observed predation events, extensive deep-sea coral habitats, and significant range extensions for marine animals.

Every dive builds upon on our collective knowledge of this area, each mile of mapping data collected reveals something new about the seafloor. With the upcoming ROV dives and mapping, we hope to continue to enhance our understanding of this fascinating region.

Tentative plans for Leg 2 of the Windows to the Deep 2019 expedition, starting in Port Canaveral, Florida, and wrapping up in Norfolk, Virginia. Over the past decade, NOAA Ship Okeanos Explorer and the U.S. Extended Continental Shelf Project have mapped much of the deepwater habitats offshore the U.S. east coast (assembled bathymetry shown on this map), but much of the Blake Plateau remains unmapped and poorly explored. This expedition will contribute much-needed ROV survey and bathymetry data to build upon the existing foundation. Image courtesy of the NOAA Office of Ocean Exploration and Research. Download image (jpg, 739 KB).

NOAA priorities for the Windows to the Deep 2019 expedition include a combination of science, education, outreach, and open data objectives that will provide a better understanding of this important marine region. Specific goals that we’ll be contributing towards during Leg 2 of this expedition include:

Prior to the Windows to the Deep 2018 expedition, this section of the Blake Escarpment appeared to be an area of low slope with no distinct features based on satellite altimetry. Image A shows satellite altimetry (Smith and Sandwell, 2014) at the Dive 04 site on “Blake Escarpment South.” During the expedition, multibeam mapping revealed a series of terraced features (Image B) and ROV exploration (at the site of the red mark) documented a highly diverse and dense community of deep-sea corals and sponges that were observed throughout the dive (Image C). Image courtesy of the NOAA Office of Ocean Exploration and Research. Download image (jpg, 1.6 MB).

During the second leg of the expedition, we will conduct 24-hour operations consisting of daytime ROV dives and overnight mapping. The 21 planned ROV dive sites are expected to include deep-sea coral and sponge habitats, submarine canyons, cold seeps and chemosynthetic communities, and areas of cultural heritage that may be of potential marine archaeological significance.

NOAA works with the scientific and resource management communities to characterize these areas through telepresence-based exploration. Operations use the ship’s deepwater mapping systems, NOAA’s dual-bodied 6,000-meter ROVs Deep Discoverer and Seirios, and a high-bandwidth satellite connection for real-time ship-to-shore communications. ROV dives will include high-resolution visual surveys and limited sampling. This expedition will help establish foundational information in the region to catalyze further exploration, research, and management activities.

During the expedition, several scientists will also work together and stand watches at Exploration Command Centers (ECCs). When Okeanos Explorer expeditions first started, ECCs were the only way that scientists could engage with the ship in real time. As technology has advanced, scientists located anywhere with an Internet connection can participate in missions. However, many scientists still prefer to be co-located with their colleagues at an ECC, as it is the closest atmosphere to being in the collaborative environment that naturally forms on a ship. Also, working from an ECC removes scientists from their busy lives and allows them to focus on the expedition.

The same technology that allows scientists around the world to participate in the expedition from land also enables interested members of the public to experience deep-sea exploration, the wonder of discovery, and the fascination of science in real time! The live video feeds are available to anyone online, providing the public with a front row seat to discoveries as they are made. 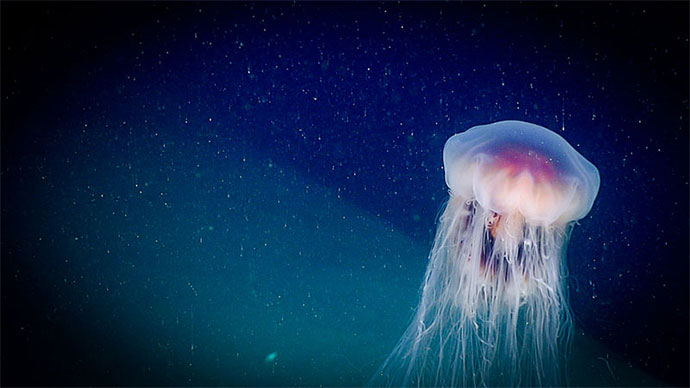 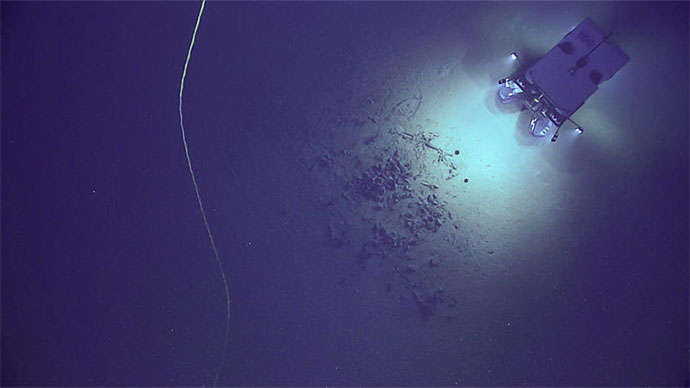 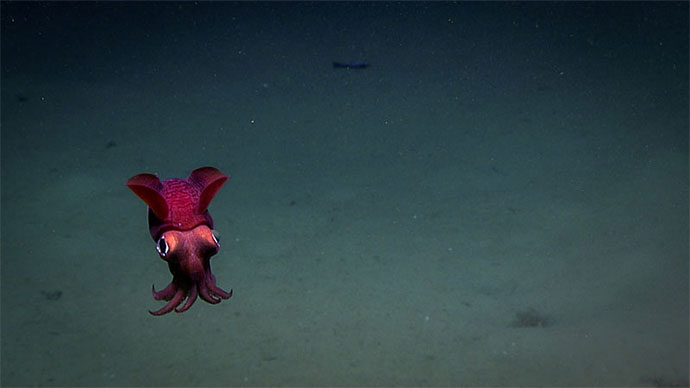 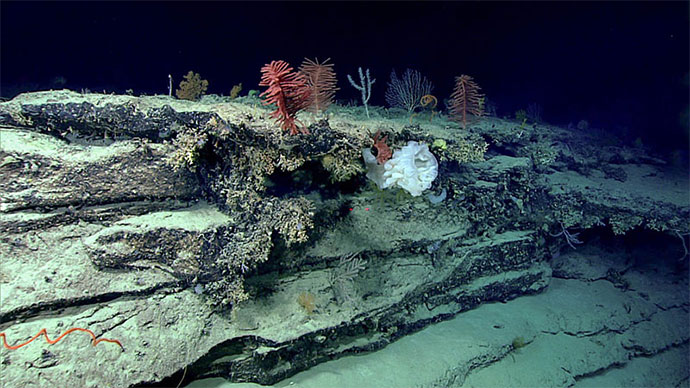 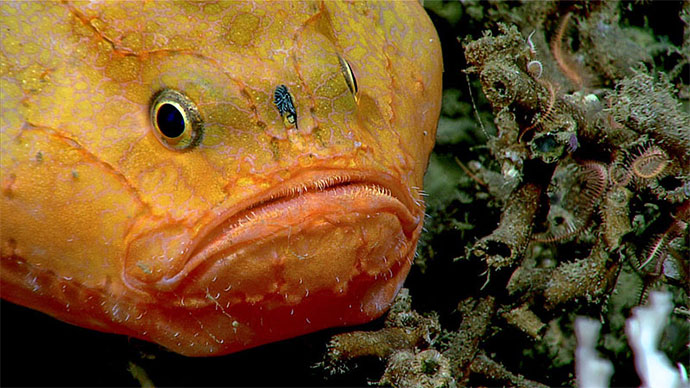