Small But Mighty: The Importance of Tiny Organisms in Marine Ecosystems

Most of us can recall studying food chain diagrams in grade school science class. While our early education teaches us the main players in the game of predators versus prey, marine ecosystems are more complex than a simple food chain. In reality, these systems are pyramid-like, with webs linking organisms between and within each level. The intricacies of marine ecosystem function are so important that many scientists dedicate their entire careers to unearthing the mysteries within.

The term “trophic level” is used to broadly define positions in the marine ecosystem pyramid. Generally, the amount of energy available at a given trophic level is about 10% of the energy supplied by the previous level, with many organisms feeding at multiple levels. Despite their critical role in ecosystems, the economy, and our food supply chain, mid-trophic-level organisms like zooplankton, small fish, and invertebrates are rarely granted most valuable player status in the ocean. Playing two positions as predator and prey, these organisms are crucial for ecosystem stability; however, their biology and ecology present challenges to researchers looking to gain a more complete ecosystem picture.

The Greatest Migration on Earth

A major player in the mid-trophic level, zooplankton include microscopic animals (krill, copepods, pelagic worms, etc.), larval fish, and weak swimmers like jellyfish. In the daytime, zooplankton occupy deeper waters to avoid predators (Figure 1). At night, they venture to the surface to feed on low-trophic primary producers like phytoplankton. This cycle is considered the greatest migration on Earth and can be observed by satellites in space. Small but mighty, these organisms are a linchpin for healthy oceans; declines in their population could trigger bottom-up trophic cascades that negatively affect organisms in higher trophic levels like large fish, sharks, and marine mammals.

Figure 1: (Left) Each night, zooplankton perform the greatest migration on Earth as they travel higher in the water column to feed on even smaller phytoplankton. To collect samples of these organisms, researchers wait until dark to deploy zooplankton nets that are towed behind the boat. (Right) The Coordinated Simultaneous Physical-Biological Sampling Using ADCP-Equipped Ocean Gliders expedition team collects zooplankton specimens from nets that were towed at a depth of 120 meters (394 feet). These zooplankton samples will be analyzed under the microscope for species identification and length measurements and serve as ground truth for the acoustic data. Image courtesy of Coordinated Simultaneous Physical-Biological Sampling Using ADCP-Equipped Ocean Gliders. Download largest version (jpg, 7.4 MB).

It is safe to assume that most of us do not wake up in the morning thinking about how small fish impact our lives. However, if mid-trophic fish like sardines, herring, or anchovy were to disappear, there would be significant ramifications. While these species may not be on your menu, they were likely on the menu of the fish you order at a restaurant, buy at the grocery store, or catch recreationally. Internationally, mid-trophic fish account for more than a third of total global catch, with 90% processed for fish meal, oil, and animal feed. To ensure sustainable management, it is critical that scientists have the tools they need to assess this living marine resource on adequate spatial and temporal scales.

To make observations about mid-trophic organisms, scientists traditionally rely on ship-based tools combined with commercial catch data. This strategy is expensive, time restrictive, and spatially bounded, generating a gap in knowledge on these important animals. In response, scientists are designing new tools and reimagining existing technologies to gather data continuously on a global scale. In the present expedition, the University of Washington Applied Physics Lab is ground-truthing this approach by equipping autonomous underwater gliders with acoustic sampling capabilities in an effort to develop broadly adoptable methods for studying mid-trophic organisms (Figure 2). 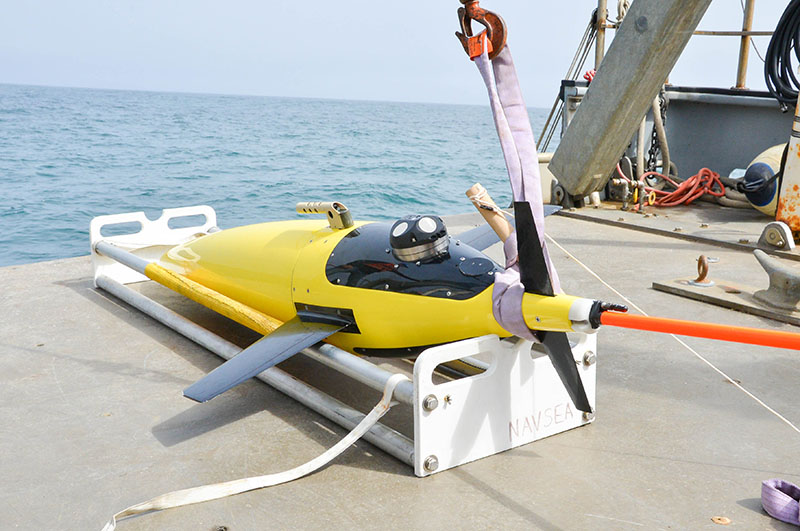 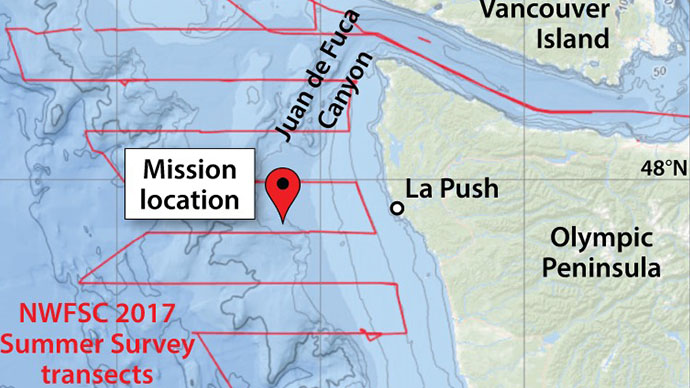 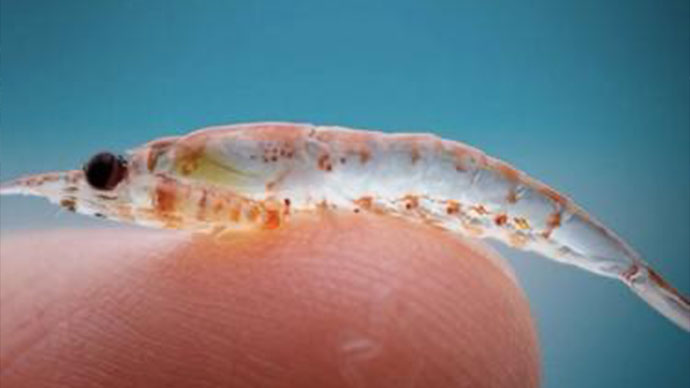 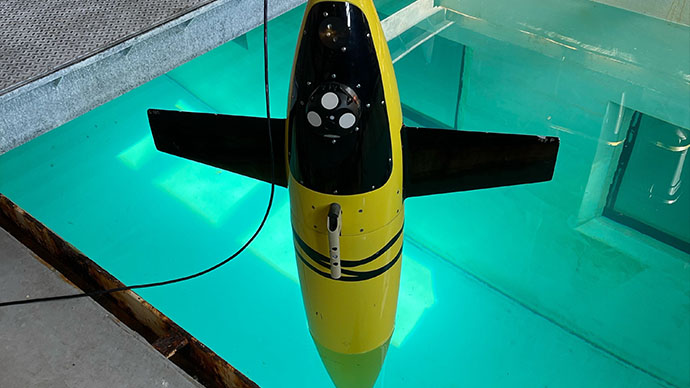 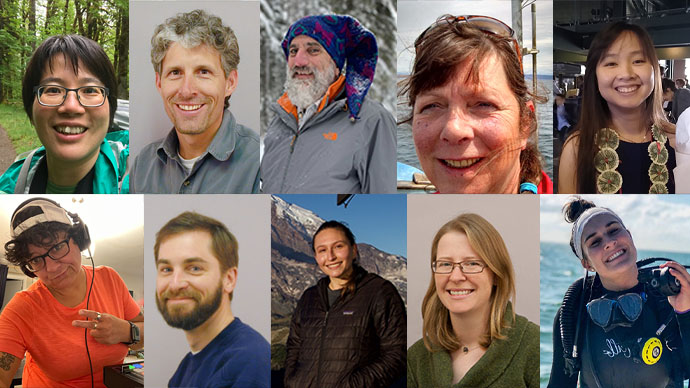