The Blue Economy of the Deep-Sea’s Methane Seeps: Exploring Current and Potential Futures

The deep sea is critical to today’s Earth and society while also providing fertile economic potential. The deep seafloor is not simply a mass of mud, but instead an assortment of unique habitats covering 63 percent of the globe. Methane seeps are key examples of this: areas where microbes harness the leaking greenhouse gas methane as a source of food. The energy captured provides food that fuels masses of diverse animals. Further, a byproduct of the consumption of methane is the creation of rock, which further breaks up the mud and provides habitats for both the common and rare species that occur in the deep. Methane seeps are thus epicenters of biodiversity.

Seeps are often areas of diverse seafloor structure that are then used by ‘normal’ deep-sea animals. In this image, the white “fur” is a bacterial mat harvesting the chemicals leaking from below. Part of these processes create the boulders present, which then provide a place for the mushroom soft corals to live. Image courtesy of D. Fornari, WHOI MISO Facility and Ocean Exploration Trust: Cruise NA-095. Download larger version (jpg, 3.4 MB).

Methane seeps are far more abundant than we previously knew. In the past few years, the number of areas of known methane seepage has increased by 100 fold. In a region off the northwest coast of the United States, known as the Cascadia margin, the number of known seeps has increased from ~10 to more than 1,700 (Johnson et al., 2019). Rather than the development of new seeps, this increase in number has been driven by directed research and discovery.

With our new ability to identify seeps, we also can better understand the potential roles they have in the ocean ecosystem. These habitats are not rare dots on the seafloor but expansive regions covering our undersea coastlines. The emerging discovery of these numerous seeps holds significance not only for the global role of the ocean but also its impact on humans who rely on the ocean for their livelihood.

Black cod (sable fish) and rock fish are often present at seep systems. Here you can see an aggregation of them both swimming, and apparently feeding, at a clam bed in the deep sea off the Pacific Northwest of the United States. Image courtesy of D. Fornari, WHOI MISO Facility and Ocean Exploration Trust: Cruise NA-095. Download larger version (jpg, 3.2 MB).

In this expedition on Exploration Vessel Nautilus , we aim to explore how methane seeps interact with ocean systems and seek out expanding avenues in an ocean blue economy future. Our previous research has highlighted the diversity of seep habitats and some exciting patterns with depth. As a result, we plan to sample sites from 200 to 1,500 meters (656 to 4,921 feet) water depth within two canyons to address the resources of current and future ocean use.

Map of the two canyons which we will explore on this expedition. Each dot is an area where a plume of methane is being released from the seafloor. The triangles are potential dive sites that we will visit on this expedition. Image courtesy of Susan G. Merle, NOAA EOI Program / Oregon State Univ CIMRS Program and plume data are from Johnson et al. 2019. J Geophys Res, 124: 2829. Download larger version (jpg, 1.6 MB).

Biopharmaceutical or Biotechnical Discovery: The ocean is a treasure trove of chemical diversity that holds the potential for future human use. More than 30,000 unique chemical compounds have been isolated from the ocean, and some have been revolutionary in the treatment of diseases, including cancer. Many of these compounds are formed by microbes as they interact with each other and seeps are places of incredible microbe-microbe interactions and diversity. Through applying cutting edge analytical approaches, we aim to explore these habitats for compounds that may help society.

Methane seeps are epicenters of biological activity and interactions that makes them a perfect treasure trove of discovery for biopharmaceutical or biotechnical compounds. This image shows a mass of brittle stars on top of chemosynthetic clams right against a methane hydrate site, demonstrating the many interactions that can occur at a macroscopic scale, in addition to the microbial scale. Image courtesy of D. Fornari, WHOI MISO Facility and Ocean Exploration Trust: Cruise NA-095. Download larger version (jpg, 5.9 MB).

Seeps in an Ocean Ecosystem: There is increasing evidence that methane seeps act as a key habitat for a diversity of many organisms including commercially harvested species. Large tubeworms, microbially created carbonate boulders and pavements, and even frozen methane itself create structure within an otherwise flat muddy landscape. This diversity in physical habitats then leads to animal and microbial diversity. As part of this cruise, we aim to better quantify the footprint of a seep and examine what species are present at seeps and use seep resources. Since seeps provide a huge amount of food, we will not only look at the distribution of animals but also what they are eating through “next-gen” molecular approaches. Through this exploration of the nutritional/metabolic roles in seeps, we aim to provide better information for managers who regulate these regions for fishing and other extractive resources.

The impact of seeps on the ocean is an emerging area of research, in part driven by their newly quantified abundance in the oceans. In this image from Oregon’s deep sea, one can see a surprising amount of sea cucumbers filter feeding in addition to sponges and corals that are making use of the hard rocks created by seepage. Image courtesy of D. Fornari, WHOI MISO Facility and Ocean Exploration Trust: Cruise NA-095. Download larger version (jpg, 4.2 MB).

Future Potential Uses: The deep sea holds vast potential resources. One of these is methane itself, a potential alternative to current fossil fuel sources. The technology to harvest methane on an economically feasible scale is currently limiting; however, if this hurdle is overcome, it could create a new ocean use scenario. Other important resources at seeps are elements that are in limited supply on land. In particular, recent research has uncovered a significant quantity of Rare earth elements in the deep ocean. Rare earth elements are widely used for technological applications and there are currently only a few land-based reservoirs of them. In fact, in certain cases, critical elements are only found in abundance outside of the United States, which creates a bottleneck for production pipelines. As part of this research, we aim to quantify the distribution of these elements in seeps to explore their future as a potential economic resource. At the same time, by advancing our understanding of the role of seeps in the ocean, we will be able to quantify the impact of harvesting methane or rare earth elements from seeps including how it may affect the wider ocean ecosystem, fish stocks, and ocean biodiversity.

Our overall objective is to advance our understanding of seeps in the ocean, and how they affect the people that rely on the ocean for their livelihood, now and in the future. We aim to do this by exploring the diversity of animals and compounds at the diversity of habitats that make up a seep and across a wide depth range on the Cascadia Margin.

You can tune in for live video of dives  from the expedition on the Nautilus Live website. 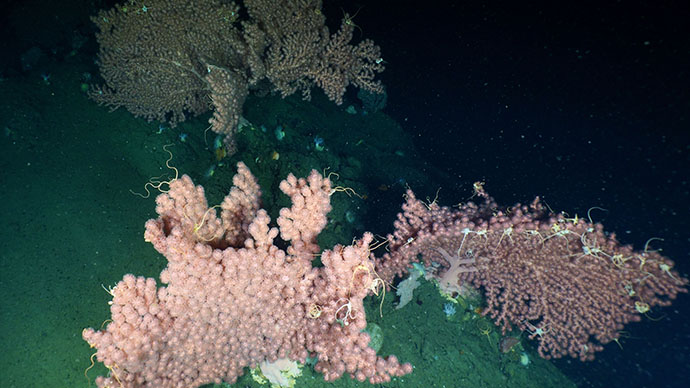 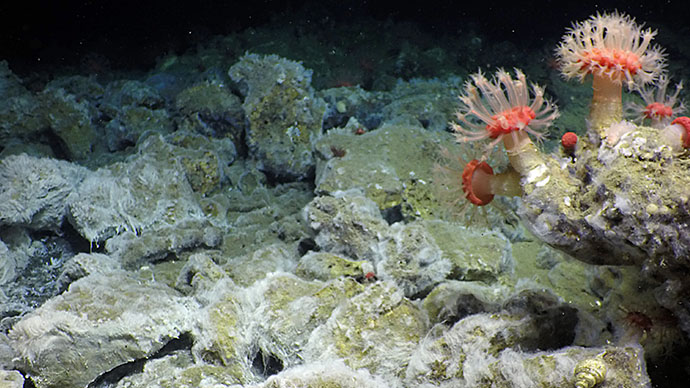 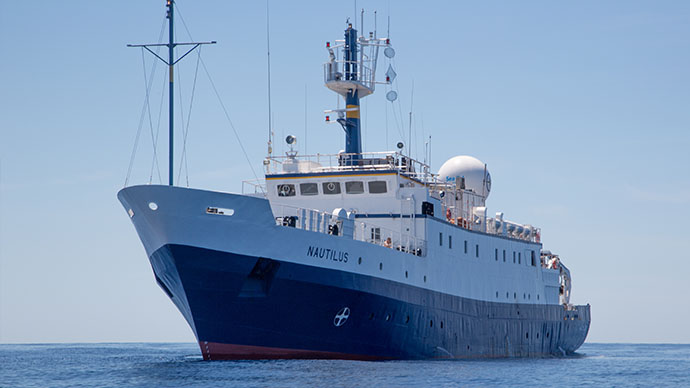