This media resources page provides members of the media with information; resources; and broadcast-, print-, and web-quality imagery developed during the 2015 Hohonu Moana: Exploring Deep Waters off Hawaiʻi expedition.

Beginning in July 2015, NOAA and partners initiated a four-leg expedition aboard NOAA Ship Okeanos Explorer to explore unknown and poorly known deepwater regions focused in and around Papahānaumokuākea Marine National Monument in the Northwestern Hawaiian Islands and the Johnston Atoll region of the recently expanded Pacific Remote Islands Marine National Monument. The team will also investigate several seamounts in the vicinity of the Main Hawaiian Islands.

The ship will be docked at U.S. Naval Base Pearl Harbor between each segment.

The Pacific Marine National Monuments and NOAA National Marine Sanctuaries encompass approximately 742,000 square miles of emergent land, coral reef, ocean habitat, and maritime heritage. They contain some of the last relatively pristine marine ecosystems on the planet and harbor numerous protected species, as well as undiscovered shipwrecks and maritime landscapes sacred to the indigenous peoples of the Pacific.

Their designation was unprecedented in terms of geographic scope, ecological value, and national symbolism for ocean conservation. However, their remoteness creates substantial challenges. Previous NOAA work in the region helped justify their original establishment. Yet, most deepwater areas within their boundaries remain poorly known and are of high interest to federal and state agencies with research and management responsibilities.

Why is this work important?

The expedition will provide a foundation of publicly accessible baseline data and information to support science and management needs in and around these central Pacific marine national monuments. The effort also provides critical information about emerging regional issues like deep-sea mining and the potential U.S. Extended Continental Shelf.

Activities during the expedition will be primarily led by the individuals listed below. They will coordinate input from multiple scientists participating from shore to plan dives, are the voices you hear on the live video feeds, and are primary participants in outreach events. For a full list of our on-ship team, please visit this page. 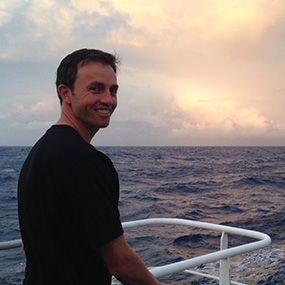 Derek Sowers is a physical scientist/hydrographer with the NOAA Office of Ocean Exploration and Research. During at-sea expeditions, he leads sonar data collection by planning the ship’s mapping routes and producing maps of seafloor and water column features to guide exploration. On shore, Mr. Sowers works at the Center for Coastal and Ocean Mapping/Joint Hydrographic Center at the University of New Hampshire to coordinate future mapping expeditions, process and archive data, and collaborate with other scientists. He has fourteen years of previous coastal research and management experience, including with NOAA’s National Estuarine Research Reserve network and EPA’s National Estuary Program, in both Oregon and New Hampshire. Mr. Sowers has participated in ocean research expeditions in the Arctic Ocean, Gulf of Maine, Gulf of Mexico, Pacific Northwest continental shelf, North Atlantic Canyons, and New England Seamounts. He holds a B.S. in environmental science from the University of New Hampshire and an M.S. in marine resource management from Oregon State University. He is also a part-time oceanography PhD student focused on utilizing Extended Continental Shelf and Okeanos Explorer data to develop marine ecological classification maps. 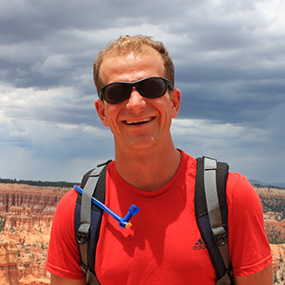 Dr. Daniel Wagner is serving as expedition co-lead for the first ROV leg of the 2015 Hohonu Moana expedition to marine protected areas in the Pacific, which will be exploring the Northwestern Hawaiian Islands. He has conducted research on Hawaii’s deep-sea reefs for more than a decade, and participated in over 20 research expeditions that have surveyed such deepwater habitats using technical SCUBA diving, manned submersibles, and ROVs. Dr. Wagner is interested in the taxonomy, life history, and ecology of deep-sea corals, particularly of black corals. He is originally from Ecuador, but resides in Honolulu, Hawai’i. Dr. Wagner received a PhD and an M.S. in biological oceanography from the University of Hawai’i and a B.S. in biology from Hawai’i Pacific University. 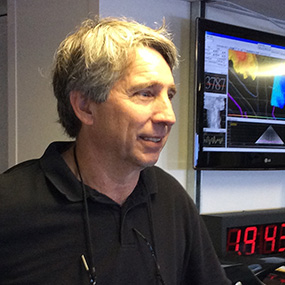 Dr. Christopher (Chris) Kelley is serving as the science lead for the 3-year NOAA project to investigate U.S. marine protected areas in the Pacific. As the program biologist for the Hawaii Undersea Research Laboratory at the University of Hawaii for the last 15 years, his core responsibilities have included the identification of deepwater fish and invertebrates recorded during submersible and ROV operations and the extraction of video annotations for inclusion in HURL’s deepwater animal database and online photo guide. Dr. Kelley is graduate faculty for the Oceanography Department, as well as affiliate faculty at the Hawaii Institute of Marine Biology, and serves on both master’s and PhD graduate student committees. Dr. Kelley has led and worked on numerous external grants from federal and state agencies related to deepwater habitats, including fisheries, manganese crusts in the Central Pacific, and deep-sea corals. Dr. Kelley has also led a number of multibeam and sidescan sonar mapping projects throughout the Hawaiian archipelago, the latest of which involved 72 days of mapping in the Papahānaumokuākea Marine National Monument onboard the R/V Falkor. His sidescan sonar towfish surveys off Oahu have led to the discovery of a number of submerged cultural resources. He recently completed the first multibeam backscatter synthesis of the entire seafloor surrounding the Main Hawaiian Islands. Dr. Kelley received his PhD from the University of Hawaii. 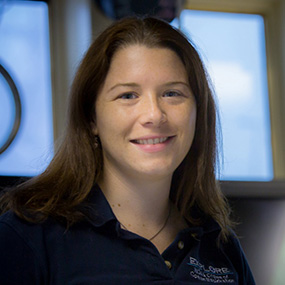 Kelley Elliott is the Senior Expedition Manager for NOAA’s Office of Ocean Exploration and Research. She holds a master’s degree in maritime archaeology from the University of Southampton and a bachelor’s degree in environmental conservation from George Mason University. Ms. Elliott is responsible for planning, coordinating, and managing expeditions conducted by NOAA Ship Okeanos Explorer. She has coordinated 10 of these expeditions since 2009, included six focused on pushing the frontiers of shore-based participation via telepresence. Over the last decade, her combined professional and academic field experiences have taken her around the globe investigating a diversity of science topics from Arctic Ocean ecology, tropical ecosystems, and submerged cultural heritage to deep-sea ecosystems, including hydrothermal vents, gas seeps, submarine canyons, and deep-sea coral habitats. An explorer at heart, Ms. Elliott spends most of her spare time exploring the great outdoors, from the volcanoes of Nicaragua to the trails surrounding her home in Reston, Virginia. 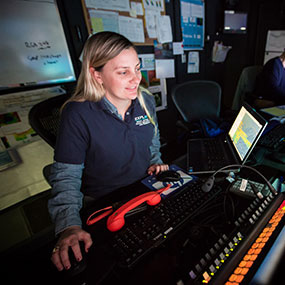 Elizabeth (Meme) Lobecker is a physical scientist with NOAA’s Office of Ocean Exploration and Research. She has led or sailed on over 20 cruises on NOAA Ship Okeanos Explorer. When working on shore, she is located at the Integrated Ocean and Coastal Mapping center at the University of New Hampshire, where she plans Okeanos Explorer mapping operations and cruises, facilitates data archival procedures with the National Geophysical Data Center and collaborates with other scientists on Okeanos Explorer exploration missions. Ms. Lobecker began her career in hydrography in 2002 at Science Applications International Corporation, Inc. (now Leidos), where she spent five years mapping the U.S. East Coast, the Gulf of Mexico, and Alaska, primarily for NOAA and U.S. Geological Survey contracts. She was also an in-house software tester for SAIC’s multibeam acquisition and processing software suite. In 2007, Ms. Lobecker left SAIC to diversify her survey experience through fieldwork in Papua New Guinea, the North Sea, and the Mediterranean Sea for various research and commercial purposes. She holds a master’s degree in marine affairs from the University of Rhode Island and a bachelor’s degree from The George Washington University in environmental studies, with minors in geography and biology. 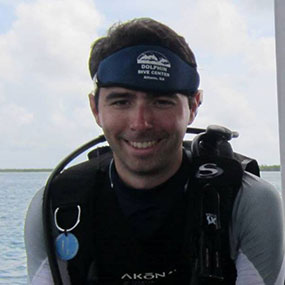 In his role as expedition coordinator, Lt. Kennedy is responsible for overseeing all aspects of an expedition, including arranging logistics, planning science operations, and coordinating public outreach. Since joining the NOAA Corps, he has participated in or led more than 25 expeditions of exploration that have taken him to two oceans (Atlantic and Pacific), three continents (North America, South America, and Asia), and through the waters of six countries (the U.S., Ecuador, Panama, Costa Rica, Honduras, and Indonesia). Originally from landlocked Athens, Ga., Lt. Kennedy grew up fascinated with marine mammals and the ocean. He holds a B.S. in marine biology with a minor in marine geology from the College of Charleston, in South Carolina.

Dive highlight videos, short video clips, and photos will be posted here as they are available. 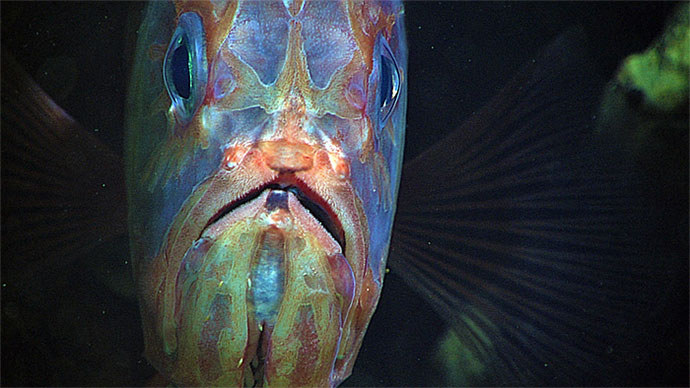 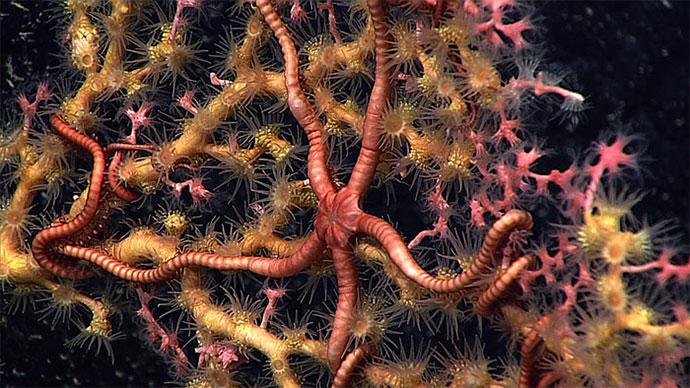 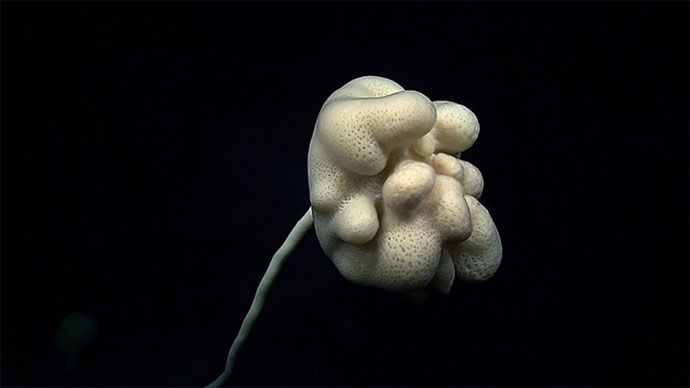 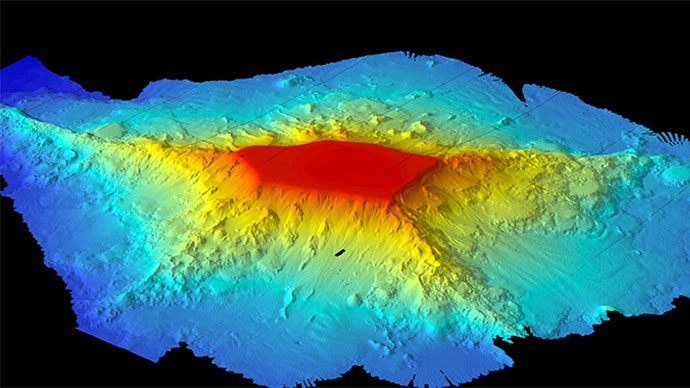 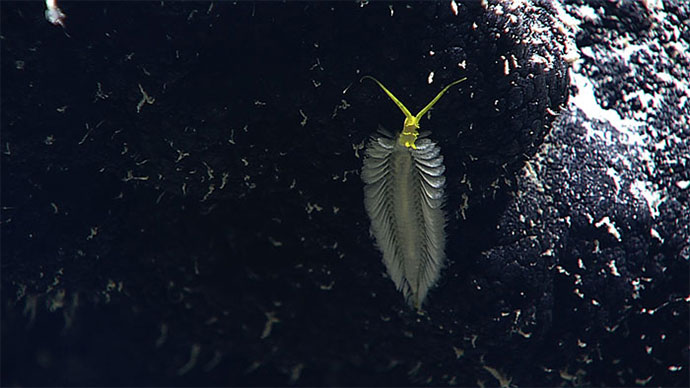 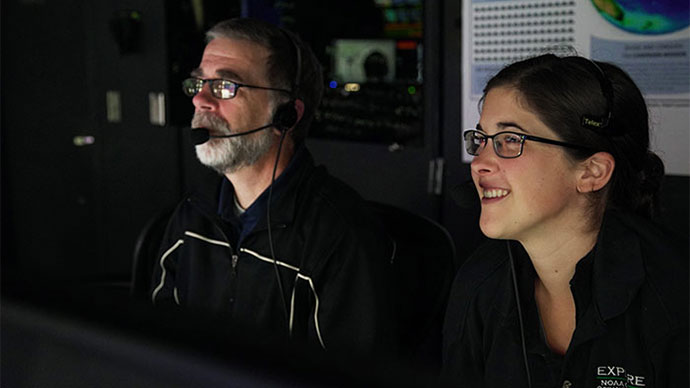