The first operational dive of Okeanos Explorer’s 2016 season, on February 27, explored depths of over 4,000 meters northeast of Necker Island (Mokumanamana) in the Hawaiian Archipelago. The dive was planned to obtain baseline information on whether a connection exists between Necker Island and Necker Ridge, a narrow feature that extends over 400 miles and protrudes past the current exclusive economic zone (EEZ) of the United States.

The primary objective was to collect geological samples on the ridge in order to determine whether these have the same composition as samples that have previously been collected near Necker Island. Additionally, the remotely operated vehicle (ROV) Deep Discoverer surveyed biological communities in the area.

As the ROV was traversing a flat area of rock interspersed with sediment at 4,290 meters, it came across a remarkable little octopod sitting on a flat rock dusted with a light coat of sediment. The appearance of this animal was unlike any published records and was the deepest observation ever for this type of cephalopod.

Deep-sea octopods are easily separated into two distinct groups: (1) the cirrate, or finned, octopods (also known as “dumbo” octopods), characterized by fins on the sides of their bodies and fingerlike cirri associated with the suckers on their arms and (2) incirrate octopods, which lack both fins and cirri and are similar in appearance to common shallow-water Octopus.

The octopod imaged in detail on this first dive was a member of the second group, the incirrates. A distinctive characteristic was that the suckers were in one, rather than two, series on each arm. This animal was particularly unusual because it lacked the pigment cells, called chromatophores, typical of most cephalopods, and it did not seem very muscular. This resulted in a ghostlike appearance, leading to a comment on social media that it should be called Casper, like the friendly cartoon ghost. It is almost certainly an undescribed species and may not belong to any described genus.

Cirrate octopods have been reported to depth of over 5,000 meters. However, the deepest published reports for incirrates are all less than 4,000 meters.

ROV Deep Discoverer is recovered after the first successful dive of the expedition. Image courtesy of the NOAA Office of Ocean Exploration and Research, Hohonu Moana 2016. Download larger version (389 KB).

After seeing this observation, I contacted my colleagues Louise Allcock (currently on a British ship near Antarctica) and Uwe Piatkowski (from Germany) and they agreed that this is something unusual and is a depth record for the incirrate octopods. We are now considering combining this observation with some other very deep incirrate observations by a German cruise in the eastern Pacific into a manuscript for publication in the scientific literature.

This ghostlike octopod is almost certainly an undescribed species and may not belong to any described genus. Image courtesy of the NOAA Office of Ocean Exploration and Research, Hohonu Moana 2016. Download larger version (906 KB). 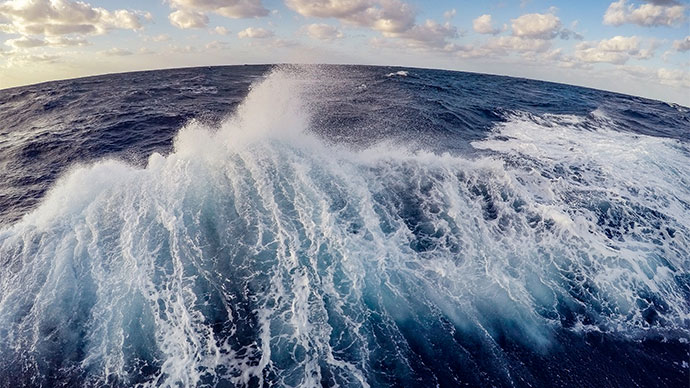 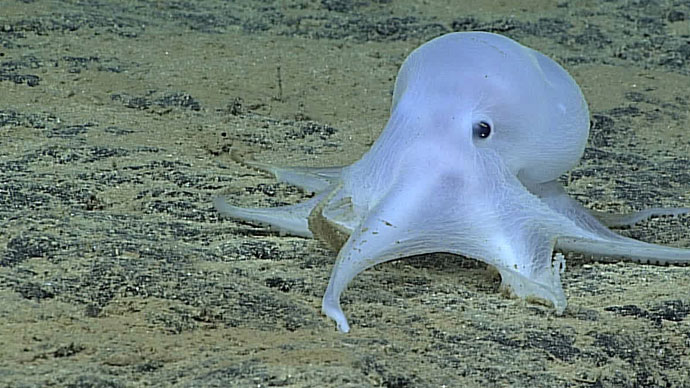 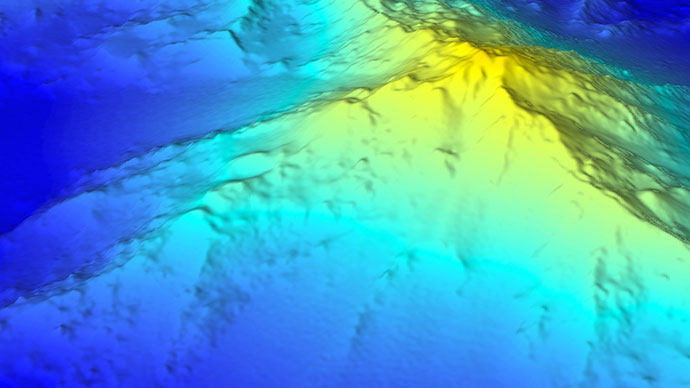 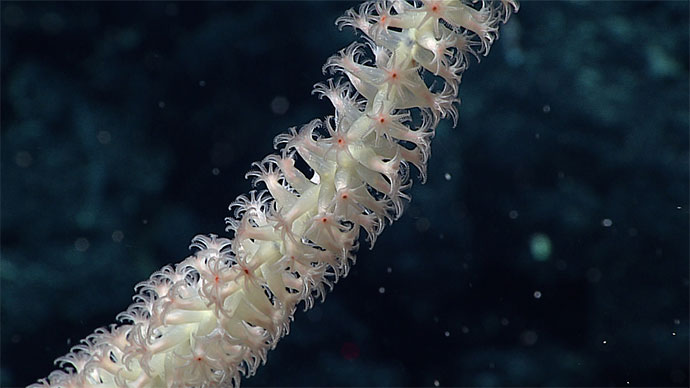